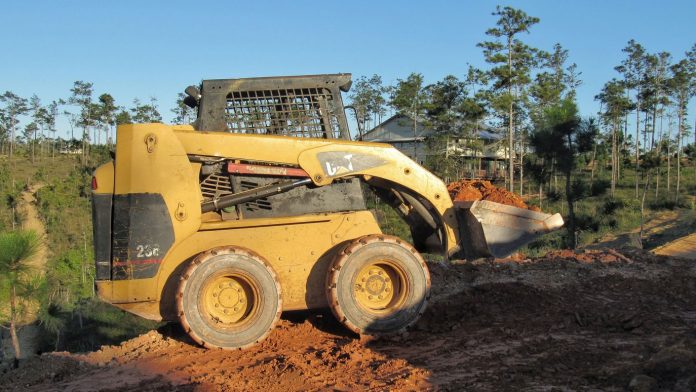 From small jobs like land clearing, pool digging, and essential excavation work to more substantial tasks, skid steers and mini excavators are crucial pieces of heavy equipment. But which one is better for your needs?

The growth of smaller construction sites

A significant reason why compact machinery is rising in popularity is that construction sites are getting smaller.

Skid steering loaders and lightweight excavators have superior maneuverability and a reduced footprint than a backhoe loader when operating in restricted job sites. Such smaller machines have, in turn, replaced a lot of larger equipment once used for the same job.

Skid steer loaders can be fitted with hundreds of accessories, and compact excavators can work in places that are more difficult to reach with a backhoe. And while it will take two machines for the contractor to do the job of one, many of those added costs are made up by fuel savings, as these systems are more fuel-efficient than larger backhoe loaders.

Let’s look at each machine in more detail.

A skid steer, which is also known as a skid loader, is a lightweight tool used to dig. It’s also able to push, pull, and lift materials.

There are a few features that distinguish the skid steer from similar machines. One of its key benefits is its ability to turn zero-radius. The wheels on the right and left sides will work independently of each other, allowing it to turn 360 degrees without having to travel in the process either forward or backward. This makes the machine especially well-suited for service in close quarters with relatively little room.

The skid steering loader is sometimes referred to as the ‘Swiss Army Knife’ of the construction equipment world. As far as flexibility is concerned, the skid steer can be relied upon simply because of the number of attachments available for it to do a greater variety of jobs.

There are well over 1000 different styles of skid steering attachments, each suited to working on a different kind of job. There’s not much that a skid steer can’t do, rock picking to moving pallets, loading trucks to blowing snow. Simply switch off the attachment, and you could have a small backhoe, a snowplow, or a pallet mover.

Great for landscaping and tighter earthmoving space activities, and as well as close-to-ground operations such as stump mulching and auger drilling, skid steers provide lower ground pressure and less noise than most other construction machines, and faster travel speeds to optimize performance.

However, they may not work well on rocky or dusty, sandy or snowy terrain, because a skid steer uses wheels rather than tracks.

An excavator’s main feature is its boom, or which works at the end using a bucket or attachment. The boom leads to the cab, which swivels itself on its parallel tracks to provide 360-degree operation without maneuvering the entire machine.

This swivel action combined with extended reach makes it extremely useful for applications such as digging, trenching, dumping, and mulching (such as tree branches).

Excavators exchange maneuverability for far greater on-the-job capacity. You wouldn’t need such a tool to move a pallet, but it is invaluable for big jobs in construction, demolition, and landscaping.

Here are a few of the tasks that we think are best done by mini excavators:

Which one is better?

Some of the customers who contact us aren’t sure whether a skid steer or a full-on excavator would suit them better. The response is undoubtedly based on what job you have in front of you.

The most significant difference between a skid steer and a regular excavator is that faces away from the driver with a skid steer, the boom, and bucket.

Generally speaking, skid steers are mostly used for residential and small-scale projects. The maneuverability of the skid steer makes it particularly ideal for jobs where the material is to be stacked up or spread out, or requiring tricky turns.

But the mini excavator would be more useful on a worksite where excavation is a bigger priority. Although maintenance costs are usually slightly higher than those of a skid steer, if you need to dig down into the ground or move loads with extended reach, a mini excavator is the best option.

Once you have decided on one or the other, keep us in mind. We carry a wide range of repair parts for both skid steers and mini excavators. All repair parts sold on our platform are provided with a minimum warranty of 6 months or 1200 hours.Check out our online marketplace today

Steel tracks vs rubber tracks: which is better? 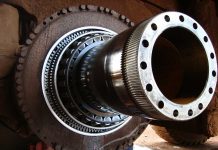 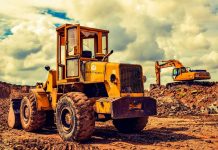 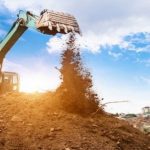 How To Properly Maintain Your Excavator Undercarriage

TrackPartInfo - June 24, 2019
0
Follow These 6 Tips to Keep Your Equipment in Running Efficiently The undercarriage of tracked heavy equipment, such as crawler excavators, consists of many moving components...

How to install rubber tracks

TrackPartInfo - September 6, 2019
0
Are your rubber tracks worn out on one side and you need to replace them quickly? Have there been situations where the site mechanic was... 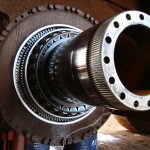 TrackPartInfo - December 11, 2019
0
If your heavy machine has been significantly damaged during a work accident or you have been operating it for a while and it’s experiencing... 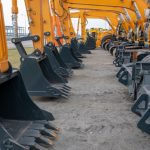 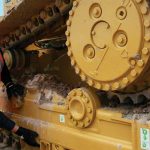 Buying heavy equipment parts with us

TrackPartInfo - October 18, 2019
0
Replacing heavy equipment parts should be a standard part of your repair schedule, not just when things break down. Doing this before they malfunction will...

Providing the best up to date Information from Top Professionals in the field discussing Machine Maintenance and a wide array of useful Tips, Hints and Tricks to help extend the life of your machine 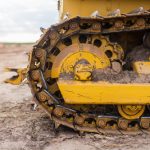 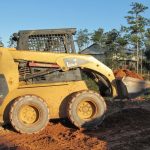 The skid steer vs the mini excavator